In a letter dated 7 July 2021, the Honourable Allen M. Chastanet, Prime Minister of Saint Lucia wrote to the Secretary-General of the Caribbean Community (CARICOM), His Excellency Ambassador Irwin LaRocque, inviting CARICOM to field a CARICOM Election Observation Mission (CEOM) to observe the conduct of the General Elections which will be held in Saint Lucia on 26 July 2021.  In response to the invitation, the Caribbean Community has mounted a ten-member Election Observation Mission (CEOM) to observe the General Elections.

The CEOM is headed by the Chief of Mission, Ms. Fern Narcis-Scope, Chief Elections Officer of the Elections and Boundaries Commission of Trinidad and Tobago.

Other members of the CEOM are –

The CEOM is supported by Mr. Jhonson Alexandre and Ms. Serojnie Seetaram of the Foreign and Community Relations Directorate of the CARICOM Secretariat.

The role of the CEOM is to observe the electoral process, collect qualitative and quantitative information regarding the voting process and the results to facilitate the preparation of an Independent Final Report on the General Elections of Saint Lucia.

The Core Group arrived in Saint Lucia on 20 July 2021 while the remaining Observers arrived over the period 21 to 22 July 2021.  Since arrival, meetings were held with the Honourable Allen M. Chastanet, Prime Minister of Saint Lucia, Mr. Claudius Francis, Representative of the Leader of the Opposition, and Political Leader of the Saint Labour Party (SLP), Mr. Milton Desir, Commissioner of Police, Ms. Cynthia Combie Martyr, Chairperson and representatives of the Electoral Commission of Saint Lucia.  Meetings have also been held with a number of Independent candidates.  The CEOM also met with other stakeholders from a wide cross-section of Civil Society Organisations including the Saint Lucia Chamber of Commerce, the National Youth Council, the National Council of Persons with Disabilitiesand the Saint Lucia Blind Welfare Association.

These meetings are being held in an effort to provide the CEOM with an idea of the atmosphere and level of preparedness for the election.  As part of the precautionary measures with regard to the COVID-19 pandemic, a number of the appointments have been conducted virtually.

The Mission will witness the advanced polls which will include police officers, poll day workers, fire service officers and hospital patients which will take place on Friday, 23 July 2021.

The CEOM will continue to observe the pre-election period and the Election Day activities including the opening of the polls through to the tabulation and announcement of the results.

Following the conclusion of the Election Day activities on 26 July 2021, a Preliminary Statement will be issued outlining the Mission’s initial assessment of the electoral process. The Mission will thereafter prepare a detailed Independent Final Report on the election for submission to His Excellency Ambassador Irwin LaRocque, Secretary-General of the Caribbean Community.

The CEOM is extremely grateful for the warm welcome given to the team by the people of Saint Lucia and looks forward to supporting the democratic process in Saint Lucia and the CARICOM Region.

Best wishes to the people of Saint Lucia as they prepare to go to the polls on Monday 26 July 2021. 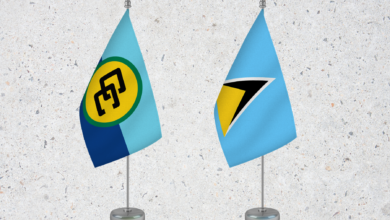 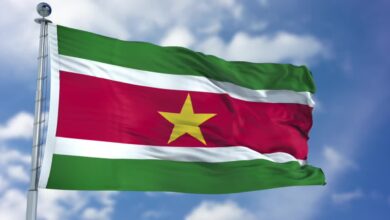