It is indeed a great pleasure and an honour for me to address this distinguished gathering on behalf of the people of St.Kitts and Nevis. A strong spirit of fraternity and kinship has been fostered among Caribbean leadership for more than four decades, especially among the tiny group of officials, technocrats, experts and academicians who frequent our Caricom Summits and meetings.

I commend the indefatigable spirits of those who have laboured selflessly over time in the interest of the regional integration programme. St.Kitts and Nevis has never waivered in its commitment to the broader Caribbean vision of a people working together for common good. Our leaders from our first national hero, the Right Excellent Robert Bradshaw, his successors heads of government, Premiers the Hon. Paul Southwell, the Hon. Lee Moore Q.C. and the Right Hon. Sir Kennedy Simmonds (First Prime Minister) and the Right Hon. Denzil Douglas all played their constructive roles in effecting reforms, to facilitate a truly integrated Caricom region. Sir Robert Bradshaw gave up elective political office in St.Kitts and Nevis to become the first Minister of Finance of the West Indian Federation.

I come to leadership wedded by history, by experience, lived realities and a conviction to the vision that the Caribbean will be at its best, when we work together as one. One people, one destiny!

Since assuming my new role, I have met and interacted with many of my colleague Heads of Government and other officials at several regional and multilateral fora. I am always struck by the camaraderie and solidarity that so naturally characterize all our engagements which always bring to mind the wisdom enshrined in Psalms 133:1 “…O how good and pleasant it is for brethren to dwell together in unity”!

I have chosen to organize my address today around this central principle which is both the key that unveils the secret to our progress and success as a union of small, vulnerable and open island economies and coastal states despite seemingly insurmountable odds, as well as the defining compulsion and imperative for our continued survival in a world of rapid upheaval and transformation.  From this vantage point we see that Caribbean Unity is not merely pleasant in terms of the love, peace and harmony that flow among us, that moisten the heart and give us a sense of community, identity and commonality of interests but it is also sensible, profitable and necessary that we pursue and consolidate it in our self-interests.

On 16th February 2015, I had the privilege of leading a tripartite movement called ‘Team Unity’ to victory in the federal elections that took place in St. Kitts and Nevis.  The overwhelming wave of support that transported our team to the helm of leadership in our beloved twin island paradise of St.Kitts and Nevis in our view represented a resounding mandate for a new direction to be set and established that would usher our people to new heights of prosperity, success and well-being.

For too long, rampant political tribalism had divided our nation, stifled the nascent potential and promise of our young people and stymied our prospects for inclusive and sustainable job rich growth and development. For the people of St. Kitts and Nevis, the ‘Time for Change’ had come and the clarion call for “Unity” was sent forth as a call to action for the new leadership to address perennial domestic challenges as they relate to reducing the cost of living, attacking unemployment, persistent poverty, citizen security, low growth and a high national debt.  The time had come for a unified approach to democracy and development that had eluded the people of St. Kitts and Nevis since its Independence.

Likewise ladies and gentlemen of the Caribbean Community, we are living in a historical conjuncture whereby regional unity, as a vital strategy for building economic resilience, driving growth and fostering inclusive and comprehensive social development for each nation state, is even more of an imperative today than it was in yesteryear.

Today, the member states of the Caribbean Community are at the frontlines of some of the most serious global problems, generally not of our own making and whose impacts bear on us disproportionately, posing a threat to our way of life, our welfare and even our very existence.  Such challenges include scarce access to concessionary sources of financing; unsustainable debt levels, additional demands and compliance costs associated with global efforts to combat terrorism, organized crime and tax evasion; negative knock on effects of the global financial crisis on trade, tourism and remittances that limit recovery; increased environmental risks associated with climate change and rising levels of youth crime and delinquency. The list goes on and on.

As was evident in 1973 when the Caribbean Community was established, the people of our Community recognized then as they do now, the value of being together as small states in a competitive and asymmetrical world that sought and continues to seek to condemn countries like ours to a structural condition of dependence, irrelevance and limited fiscal space.  Their clamour for unity was heard resoundingly with rising crescendo in the consultation processes that resulted in the Report of the West Indian Commission in 1993, the Grand Anse Declaration that created the single market and economy in 2011 and culminated in the CARICOM Strategic Plan of 2015-2019.

Our time to act for ourselves

At each historic juncture in the ongoing quest for regional integration, the people of our Community have declared resolutely that after more than four hundred years of being acted upon it is time for us to act for ourselves and to do for ourselves what no one else can, will or should do for us. Let our ingenuity, industry and unity lead us to a new level of democracy and development for our people.

The year 2015 is a seminal year during which several major international meetings will be held to bring all elements of our global society into a collective conversation about how we can work together to respond to the pressing issues of our day and secure global compacts as they relate to the most salient and urgent issues on the international agenda.  Such meetings include the United Nations Post-2015 Development Agenda; the Third International Conference on Financing for Development and the United Nations Framework Convention on Climate Change Conference.

As such, this year provides an ideal opportunity for the Caribbean Community to leverage the full weight of its collective voice and vote towards ensuring its effective and meaningful participation in these negotiations, asserting and inserting a small state perspective and protecting the interests of the people of our Community.  This year provides a rare moment in history to engender a paradigm shift that would allow the independent nations of the region to finally break free from systems, agendas and philosophies that were put in place long before we were able to have a voice in the world community of nations.

It is time for us to stop fighting against our own. It is a matter of disappointment that we have failed to consolidate around a single candidate for top posts at OAS and the Commonwealth Secretary General. We must return to the better days when leaders opted for unity instead of division, which vitiates against the ascendancy of the best among us.

The extent to which the Caribbean Community will be successful in securing vibrant societies and building resilient economies will turn on how successful we are with carrying the flag of Unity forward.  The strength of our resolve will turn on the strength and involvement of our citizens in carrying the integration process forward.

I am therefore heartened at recent advances towards reforming the governance architecture of the Caribbean Community and democratizing the decision-making process through the operationalization of the CARICOM Permanent Committee of Ambassadors. It is hoped that our Ambassadors will strengthen the consultative process with national constituencies in order to have the views of the people reflected in the agenda-setting and policy formulation phases of the regional agenda.  This new development, along with the proposed re-establishment of the Assembly of Caribbean Community Parliamentarians, will finally create a system which gives central place to the sovereignty of the people through the inclusion of the CARICOM body politic and social partners.

The Fate of Persons of Haitian Descent

There is no other time for which regional unity and solidarity are more important than with the current humanitarian and human rights crisis affecting our Haitian brethren and the beleaguered Dominicans of Haitian descent, documented or not, born and living in the Dominican Republic.  We in St.Kitts and Nevis share the pain and anguish of the unfortunate Dominicans of Haitian descent and we stand with them in opposition to the present assault to their human rights and dignity caused by the various covert and overt actions taken by the Government of the Dominican Republic seemingly intent on forcing them to self-deport or directly expel them from the land of their birth to a land which they have neither family nor language links.  I therefore call on the Dominican Republic authorities to cease and desist with any plan that would lead to the expulsion of Dominicans of Haitian descent and render them stateless. Consideration should also be given to extend the deadline for the registration of undocumented migrants to allow time for the appropriate solution to be devised in keeping with international principles.

I wish to assure you of my government’s deep commitment to carry the CARICOM integration process forward and we make this commitment with the firm resolve to place the issues squarely on the table as we see them.  I am confident that this Summit will redound to an exercise in the franchise of Caribbean ingenuity, industry, entrepreneurship, hope and aspiration in our quest to engender vibrant societies and resilient economies.  I therefore leave you with the words of the His Excellency Mr. Samuel Weymouth Tapley Seaton, Q.C., acting Governor General of St. Kitts and Nevis who said in his Throne speech delivered 14th May 2015, that, and I quote:

“A prosperous nation has a strong and vibrant economy where people who want to find a good paying job can find a good paying job.  Where someone with an idea can get financing to start a business, where industry small and large is thriving and where access to technology can level the playing field…We must put our people to work.   We must become energy efficient.  We must create the environment where government can be a catalyst for job creation in the private sector through innovation, regulatory processes, technology and incentives”

I therefore wish to posit to my Colleagues that if we can manage to approach the regional agenda with such simple and achievable goals, and pursue them with vigour and unity, this would represent a quantum leap forward for the people of our Community in our thousand-mile journey and hasten a golden era of prosperity and well-being in the Caribbean region. 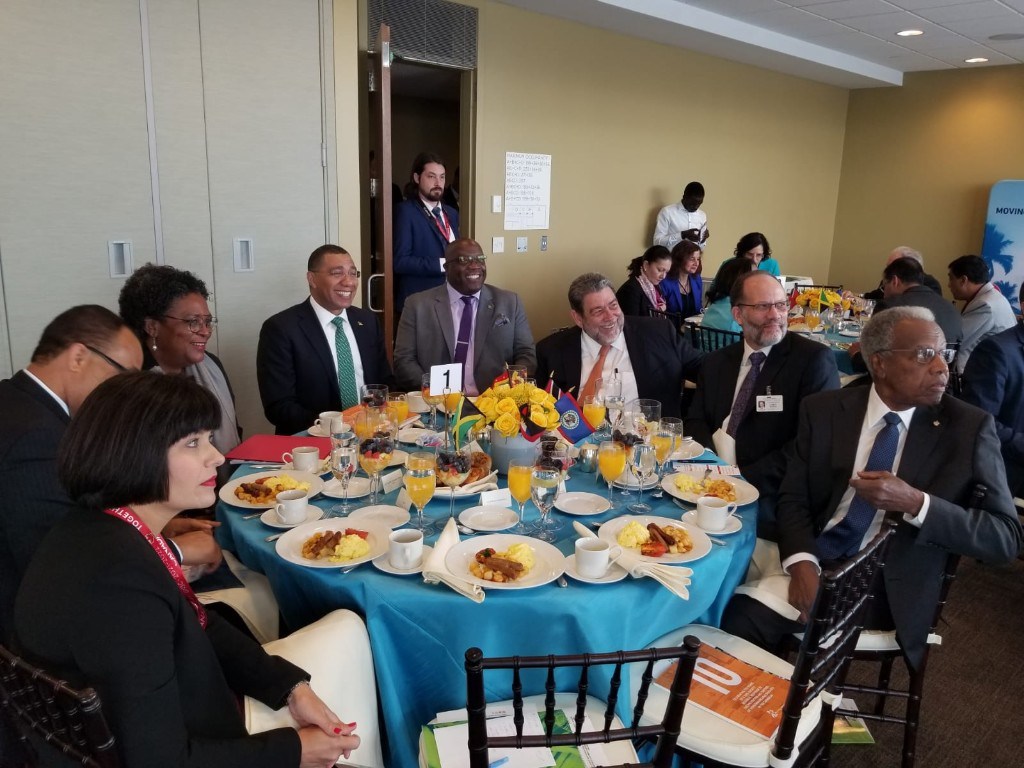 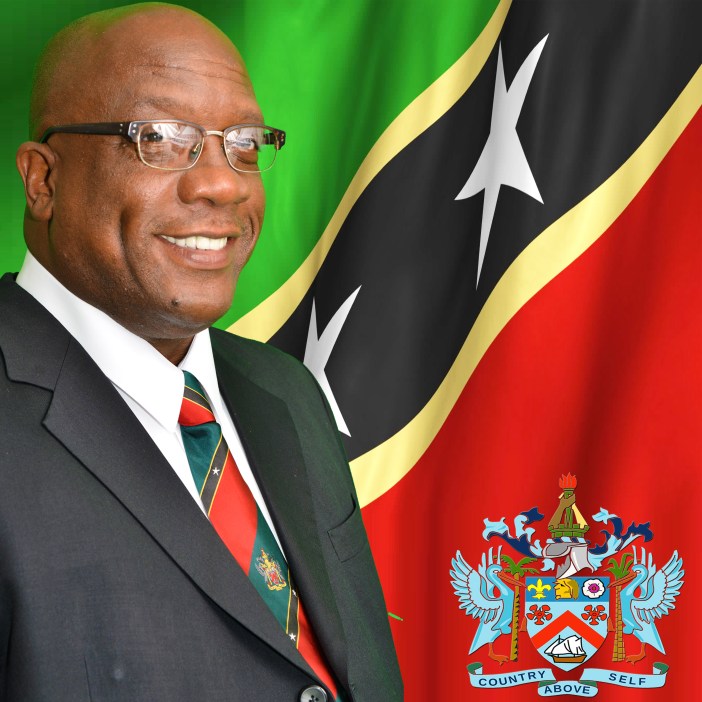 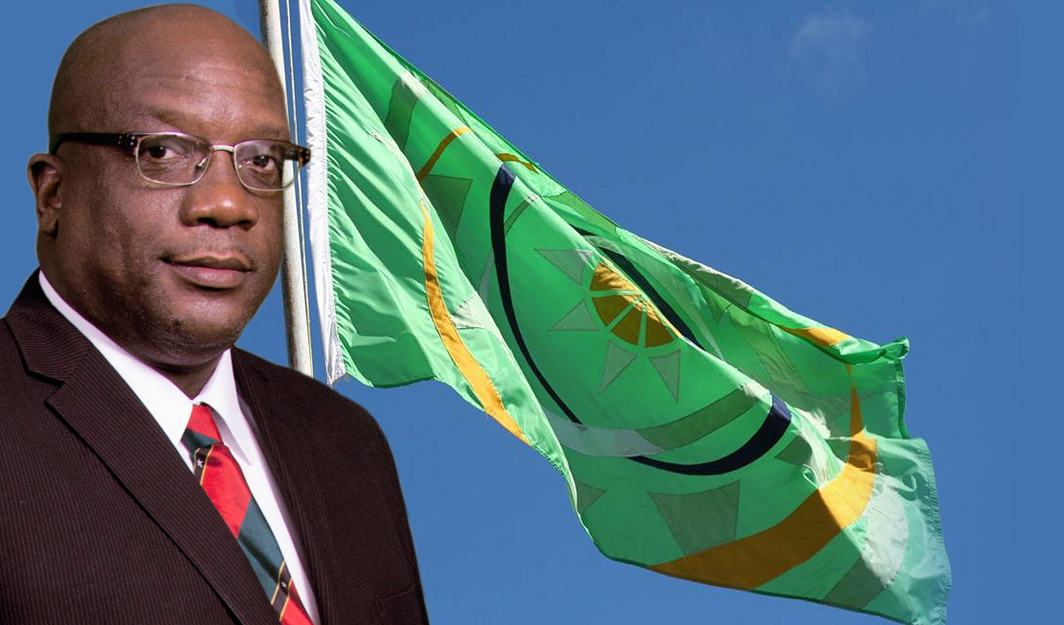 The OECS Stands as a Beacon On The Hill To The Process of Regional Integration, Says Prime Minister Harris 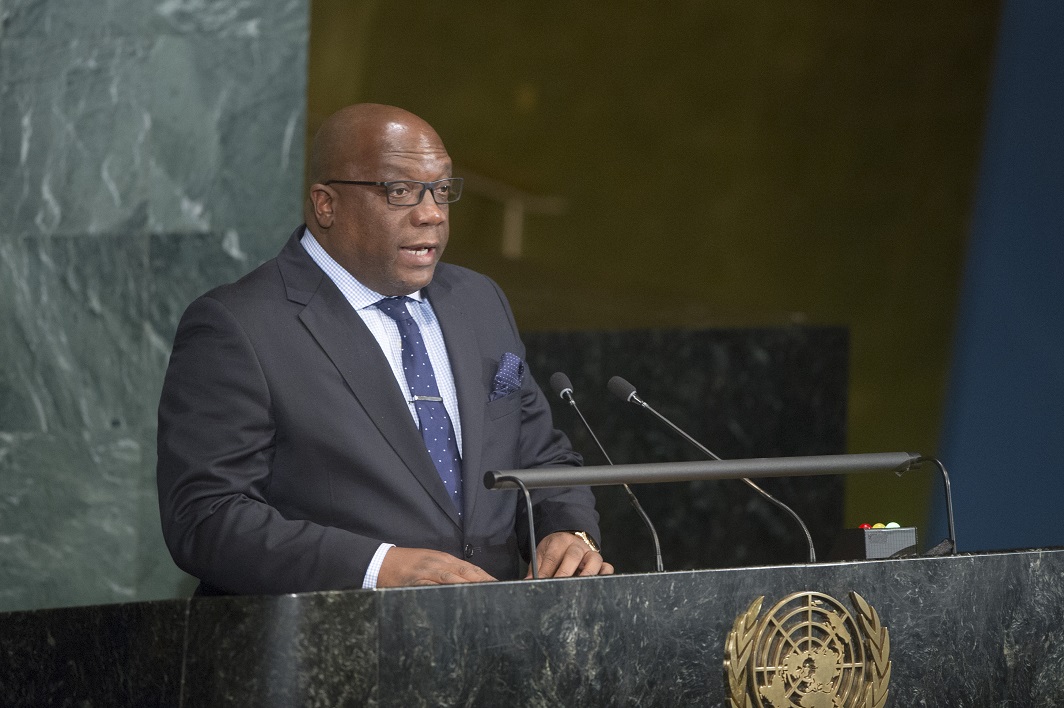