First, I adopt unequivocally, and call as my own, the remarks made this morning by our Secretary General and our outgoing Chair.  My own remarks here are thus intended to add value to our proceedings and deliberations.

Next year, 2021, the Caribbean Community will commemorate the twentieth anniversary of the signing and coming into effect of the Revised Treaty of Chaguaramas which, among other things, established the legal and institutional framework for the roll-out of the CARICOM Single Market and Economy (CSME).  In 2023, our region will celebrate the fiftieth anniversary of the founding of CARICOM and its promise of a mature regionalism at a time when only four of its twelve foundation member-countries had achieved constitutional independence, and in the aftermath of the failed federal venture.

Over all these years, successive political leaders and our populations have recognized the necessity and desirability of an alive and organic regional integration in which the whole is more than a summation of the individual parts in our quest, collectively and individually, to make much better our people’s lives, living, production, and security.

Still, our region’s inability to exorcise fully the ghost of the failed political federation of sixty years ago, our ongoing tendency to exalt in relation to each other the fig leaf of individual sovereignties, the challenges to deeper integration from our member-states “islandness” — even for those which are continental geographically — , and the multiple contradictions arising from a hegemonic neo-liberal global order, have all conspired to make our union far from perfect.

Of course, CARICOM has chalked up impressive achievements in its four pillars of integration — functional cooperation, coordination of foreign policy, security collaboration, and economic integration, including single market trading arrangements.

But the design of CARICOM itself highlights its possibilities and limitations.  Explicitly, CARICOM was conceived and fashioned as a community of independent, sovereign countries which have voluntarily combined to pursue a series of objectives, measures, and tasks.  Indeed, not all member-countries have signed up to everything on the regional menu; there has evolved a variable geometry of integration which contains an admirable flexibility of design but which at the same time limits optimal cohesive actions.  The very design and practical functioning of CARICOM have made it well-nigh impossible to solve enduring problems touching and concerning regional governance, institutional political representation, and the non-automaticity of financing regional institutions, including the CARICOM Secretariat itself.  Sovereign voluntarism is thus enthroned and supra-national authoritativeness is absent or made minimalist, save and except for the Caribbean Court of Justice in its original jurisdiction.

Further, the member-countries in CARICOM remain unequally yoked, in practical terms.  This condition generates at least two adverse consequences:  First, the reality, and the perception thereof, that CARICOM, particularly in its economic and trade aspects, benefits, in too-skewed a manner, one or two countries at the expense of others; and secondly, larger countries, whether defined by size of territory, economy, or population, feel less constrained to abide by collective decisions. The member-countries of the Organisation of Eastern Caribbean States (OECS) are genuinely aggrieved at this state of affairs.  It demands correction through a robust and efficacious application of the Treaty provisions regarding less developed countries, economies, and regions, and an explicit carve-out for member-countries of the OECS within the CARICOM construct.

Yet, the quickening pace of the on-rushing challenges of nature and the global political economy have made it imperative that we build CARICOM better and stronger, though recognizing its in-built and operational limitations.  The inequalities and harsh encumbrances in the global political economy, the existential threat of climate change to our region, and the explosion of pandemics have made it pellucid, as never before, that our Caribbean Community is central to our people’s salvation on this our Earthly City.  Indeed, in the early days of COVID-19, our colleague, Prime Minister Dr. Keith Rowley of Trinidad and Tobago, perhaps with only a touch of hyperbole, affirmed that “CARICOM is the antidote to COVID-19.”  The heroic contribution of CARPHA, IMPACS, CDEMA, all CARICOM institutions, and the RSS, a sub-regional security umbrella, and CDEMA, in this period, is a sufficient testimony in this regard. Accordingly, I reiterate our profound gratitude to the regional public servants at CARICOM, the OECS, and all allied regional institutions.

Over the past six months our CARICOM Community was brilliantly led by our outgoing Chair, the distinguished Prime Minister of Barbados, Mia Mottley.  Her energetic and purposeful engagements with the IMF, the World Bank, WHO, G-20 countries, the United Nations, the European Union, and the African Union, on behalf of CARICOM were outstanding. Her frequent dialogues and consultations within CARICOM and its institutions, made possible through modern telecoms facilities, have been quite fruitful.  Her helpful initiatives to assist in the preservation of democracy in Guyana within the terms of the CARICOM Charter of Civil Society will be long remembered despite unwarranted, vulgar, and opportunistic criticisms of her from assorted jaundiced sources who ought to know better.

I have asked my friend, Mia Mottley, to continue her leadership work in several of these areas during my Chairmanship.  We will work closely with one another, with the Secretariat, the Bureau (Gonsalves, Mottley, Rowley) and other colleague Heads of State and Government over the next six months, which portends to be extremely activist and vital for our Community and its people — our regional family.

Immediately on the agenda continues to be the challenge of COVID-19 and its four interconnected dimensions of health, the economy, society, and security; the coordination of the delivery of a sufficiency of regional air transport in quality, affordability, safety, and sustainability; the socio-economic recovery of our region; the strengthening of our region’s resilience against multiple vulnerabilities; the building of a better, more equal, more inclusive global order in full recognition of a properly articulated “small state exceptionalism”; and the further upliftment of our Caribbean civilization in every material particular within our region and in our interface with others in our hemisphere, the developing world, the major economies and global institutions.

These large strategic issues, and more, confront us.  So, too, are those touching and concerning the internal arrangements of our Caribbean Community itself.  The policy responses are available and have been well-researched.  Like the esteemed Issachar, one of the leaders of the historic twelve tribes of Israel, we must know the times and act accordingly.

We cannot fight the future and its requisites; nor look forward to the past. So, we reaffirm that of all time, only the future is ours to desecrate.  We must remain calm and patient, knowing always that sun brightens stone; we must not panic or be consumed by excessive fear or hysteria; we ought to stand askance from useless recriminations.  We know ourselves as a people, and our immense possibilities, despite our limitations. We know that there is much more that we can achieve together without rancour or bitterness, even in the midst of dissonances and contradictions.  Our people expect us, metaphorically, to make whole sons and whole daughters out of the compromises which history and our extant circumstances have made us.  In this understanding, we come home to ourselves and our people, for their upliftment.  Let us build further upon our solid accomplishments in this our remarkable region and magnificent Caribbean civilization. It is a great cause; and great causes have never been won by doubtful men and women.

I accept the Chairmanship of CARICOM with humility and an enduring obligation.  I thank you for your confidence; and I embrace whole-heartedly your continued support. 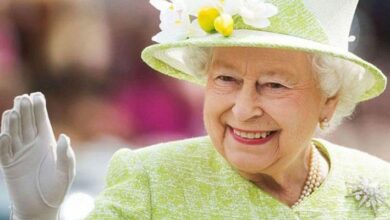 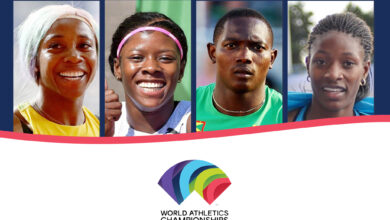