NEW YORK/GENEVA, 8 June 2016—UNAIDS welcomes the new goals, targets and commitments of the 2016 United Nations General Assembly Political Declaration on Ending AIDS. Countries have agreed to a historic and urgent agenda to accelerate efforts towards ending the AIDS epidemic by 2030. The Political Declaration provides a global mandate to Fast-Track the AIDS response over the next five years.

Global leaders recognized that no country has ended AIDS and that no country can afford to step back from responding to HIV. As Member States begin to implement the 2030 Agenda for Sustainable Development, it was acknowledged that ending the AIDS epidemic by 2030 would only be possible if Fast-Track Targets are met by 2020.

The targets and commitments, adopted in the Political Declaration on Ending AIDS: on the Fast-Track to Accelerate the Fight against HIV and to End the AIDS Epidemic by 2030, will guide the world in addressing the critical linkages between health, development, injustice, inequality, poverty and conflict.

The 2016 Political Declaration calls on the world to achieve the following goals in support of the 2030 Agenda for Sustainable Development:

The Political Declaration affirms that these goals can only be realized with strong leadership and the engagement of people living with HIV, communities and civil society.

Doubling the number of people on treatment

HIV prevention targets encourage countries to promote access to tailored comprehensive HIV prevention services for all women and adolescent girls, migrants, key populations—sex workers; men who have sex with men; people who inject drugs; transgender people; and prisoners. Special efforts will be made to intensify outreach in locations of high HIV transmission with services for populations globally at higher risk of infection.

The Political Declaration recognizes the importance of location and population, as the epidemic is distinctive in each country and region and encourages regional action and accountability by setting regional targets on prevention and treatment for children, young people and adults, including to:

The Political Declaration, however, fails to bring the needed visibility to key populations most affected in different regions.

The commitment to eliminate new HIV infections among children and to ensure that their mothers’ health and well-being are sustained is reaffirmed in the new Political Declaration with an emphasis on ensuring that mothers have access to immediate and life-long antiretroviral therapy.

Eliminate new HIV infections among children by reducing new infections by 95% in every region by 2020.

Leaders placed strong emphasis on addressing the immense burden of the epidemic on women, especially young women and adolescent girls in sub-Saharan Africa.

The Political Declaration commits to achieve gender equality, to invest in women’s leadership and to end all forms of violence and discrimination against women and girls, in order to increase their capacity to protect themselves from HIV. The engagement of men and boys in doing so is indispensable.

Reduce to below 100 000 per year the number of adolescent girls and young women aged 15–24 years old newly infected with HIV globally by 2020.
Eliminate gender inequalities and gender-based abuse and violence.
End all forms of violence and discrimination against women and girls, such as gender-based, sexual, domestic and intimate partner violence, including in conflict, post-conflict and humanitarian settings.
Encourage and support the leadership of young people and scale up comprehensive education on sexual and reproductive health and protect their human rights.

The Political Declaration, however, stops short of including an explicit target for comprehensive sexuality education, despite the reality that the bulk of the epidemic in most regions is driven by sexual transmission. In sub-Saharan Africa, more than 98% of new HIV infections are sexually transmitted. The Political Declaration excludes sexual rights, including the right to information, autonomy, consent and non-discrimination, which are central to an effective AIDS response.

The right to health belongs to everyone, everywhere

The Political Declaration further recognizes that progress in protecting and promoting the human rights of people living with, at risk of and affected by HIV has been far from adequate, and that human rights violations remain a major obstacle in the response to HIV. Member States pledge to review and reform legislation that may create barriers or reinforce stigma and discrimination and to promote access to non-discriminatory health-care services, including for populations at higher risk of HIV, specifically sex workers; men who have sex with men; people who inject drugs; transgender people; and prisoners.

Review and reform laws that reinforce stigma and discrimination and restrict access to services, travel restrictions, mandatory testing and punitive laws related to HIV non-disclosure, exposure and transmission by 2020.
Eliminate barriers, including stigma and discrimination, in health-care settings by 2020.
Strengthen national social and child protection systems to ensure that, by 2020, 75% of people living with, at risk of, and affected by HIV benefit from HIV-sensitive social protection.

AIDS out of isolation

The Political Declaration affirms that the AIDS response will spur progress across the entire 2030 Agenda for Sustainable Development. It calls for universal health coverage and access to social protection. Adopting targets beyond HIV, Member States emphasized the continued importance of an integrated approach to a range of health issues, including tuberculosis, hepatitis B and C, cervical cancer, human papillomavirus, noncommunicable diseases and emerging and re-emerging diseases.

Financing the end of AIDS

To ensure that these targets can be achieved, leaders made ambitious and concrete commitments for financing and effective allocations to implement a Fast-Track AIDS response. Member States also called for US$ 13 billion for the Fifth Replenishment of the Global Fund to Fight AIDS, Tuberculosis and Malaria. Member States encouraged the enhanced strategic engagement of the private sector to support countries with investments and service delivery for strengthening supply chains, workplace initiatives and social marketing of health commodities and behaviour change.

Increase and front-load investments to close the resource gap by investing at least   US$ 26 billion a year in the AIDS response by 2020.
Invest at least a quarter of AIDS spending on HIV prevention and invest at least 6% of all global AIDS resources for social enablers, including advocacy, community and political mobilization, community monitoring, outreach programmes and public communication by 2020, and ensure that at least 30% of all service delivery by 2030 is community-led.
Address regulations, policies and practices that prevent access to safe, efficacious and affordable generic medicines, diagnostics and related health technologies, including by ensuring the full use of the Agreement on Trade-Related Aspects of Intellectual Property Rights (TRIPS) flexibilities, and strengthen regional and local capacity to develop, manufacture and deliver quality-assured affordable health products.

Member States made a number of commitments to enhance monitoring and accountability, urging the more active involvement of people living with, affected by and at risk of HIV. They call on the United Nations Secretary-General, with support from UNAIDS, to continue to provide annual reviews to the General Assembly and decided to convene a High-Level Meeting on HIV and AIDS to review progress in the AIDS response across its social, economic and political dimensions. The Political Declaration also calls on Member States to ensure that the United Nations and UNAIDS is fit to deliver on the 2030 Agenda for Sustainable Development.

Moving forward, AIDS stakeholders are encouraged to intensify pressure to address the most entrenched obstacles to progress and ensure that the Political Declaration can fulfil its role as an instrument for dignity and social justice.

The Joint United Nations Programme on HIV/AIDS (UNAIDS) leads and inspires the world to achieve its shared vision of zero new HIV infections, zero discrimination and zero AIDS-related deaths. UNAIDS unites the efforts of 11 UN organizations—UNHCR, UNICEF, WFP, UNDP, UNFPA, UNODC, UN Women, ILO, UNESCO, WHO and the World Bank—and works closely with global and national partners towards ending the AIDS epidemic by 2030 as part of the Sustainable Development Goals. Learn more at unaids.org and connect with us on Facebook, Twitter, Instagram and Youtube. 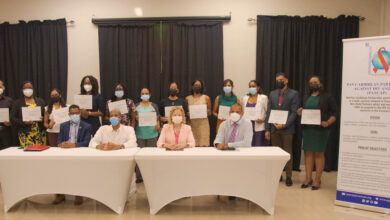 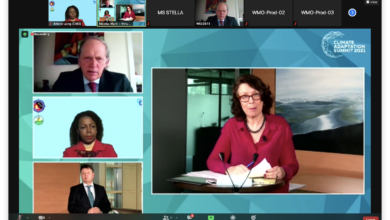 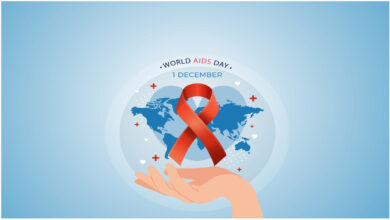