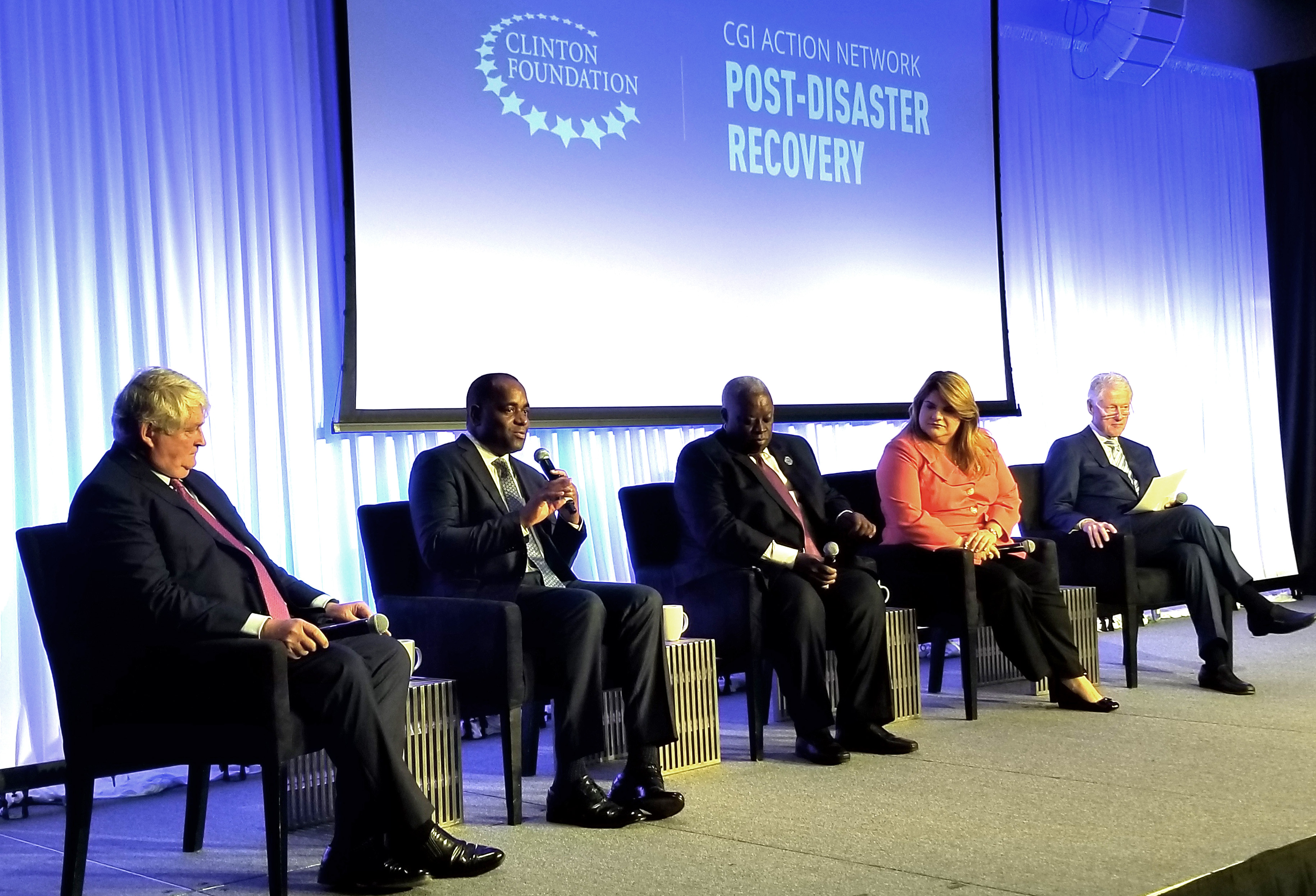 Dominica’s Prime Minister Roosevelt Skerrit and CARICOM Secretary-General Ambassador Irwin LaRocque were among high profile participants at the formal launch of the Clinton Global Initiative Action Network on Post-Disaster Recovery, at the University of Miami, Tuesday.

The Action Network, being spearheaded by former US President Bill Clinton, brought together leaders from government, business and civil society to develop solutions to meet the immediate and long term hurricane recovery needs facing the region. It was formed at the invitation of the governments of some of the islands devastated by hurricanes Maria and Irma last year  Dominica, Antigua and Barbuda, the US Virgin Islands and Puerto Rico.

Stakeholders were expected to work towards Commitments to Action – new, specific and measurable projects to address critical issues such as health care, housing, clean energy, education, small business support, mental health, and climate resiliency to assist the immediate needs as well as the long term recovery in the Region.

Appearing on a panel chaired by President Clinton, the CARICOM Secretary-General pointed to the Region’s continuing vulnerability to natural disasters and the need for the support of the international community.

“We’ve done some climate change modelling and the predictions are not good…the modelling is saying we are going to be having more frequent and intense storms, and in the off season we are going to have drought. So we have to prepare for a range of disasters,” Ambassador LaRocque said,

Asked the type of Caribbean region he would like to see in five years, the Secretary-General stressed the need for resilience in all areas of development.

“I would like to see a Caribbean where five years from now  a significant proportion of the housing stock is disaster resilient. I would like to see that our water systems are also disaster resilient. Water was out in some of the affected countries for days.  I would like to see electricity powerlines underground so that they can withstand the disasters and that we achieve our target for renewables across our countries. I would like to see our agriculture more resilient in terms of the right crops. Much of our farming is subsistence farming and most of our farming community depend on that for their livelihood. For those  countries whose tourism is significantly dependent on the environment I would like greater environmental resilience. By that I mean reforestation for those damaged areas, slope stabilization, coral reef protection, mangrove propagation. It is a lot and it will take a lot of,   not just financial, but technical assistance.”