The Enhancement Of Caribbean Basin Intiative Into Services Sector Services Of The Caribbean (soca) Effort Launched In Washington, DC 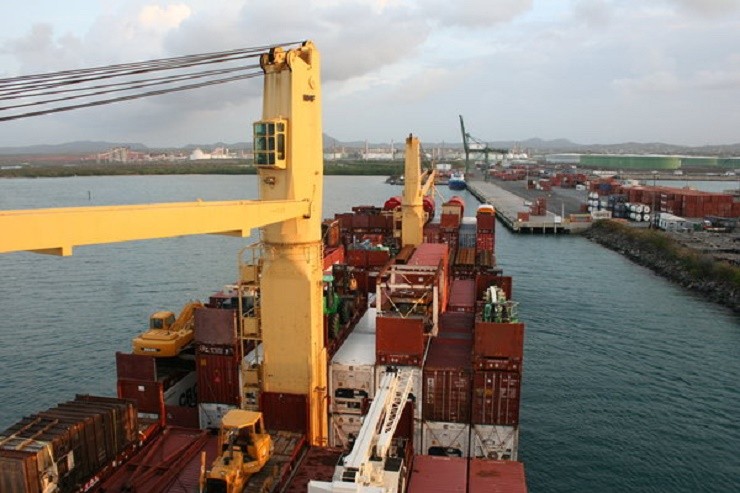 A coalition of Caribbean private sector organizations has launched today in Washington, DC a new multi-year program to develop, design, and implement a policy and business advocacy campaign to promote the enhancement of the United States Caribbean Basin Initiative (CBI-CBERA, circa 1983) preference program, with an expansion into the services sector. Dozens of regional business leaders and policy makers gathered this morning at the OAS Building to learn how they can be a part of this game-changing initiative.

Led by the Trinidad & Tobago Coalition of Services Industries (www.TTCSI.org) and the American Chamber of Commerce of Jamaica (www.AmChamJamaica.org) as Co-Chairs, the Services of the Caribbean (SOCA) initiative will focus on advancing new trade and investment opportunities between the US and CARICOM services sectors and industries. “SOCA membership will be open to US and CARICOM business and organizations committed to advancing greater services trade and investment between these markets”, indicated co-chair Nirad Tewarie, CEO of TTCSI. He went on to say that, “while the CBI regime is focused solely on goods, paradoxically, CARICOM countries have much greater potential for trade in the services yet the CBI does not cover services.

“The economies of many CBERA countries have become more oriented to international trade in services, rendering CBERA trade preferences for exports of goods less relevant to their economic future. The 20th Report on CEBRA also highlighted that CBERA related investment has been low for the production and export of CBERA-eligible goods and that investment has focused as much, or more, on services than on exporting CBERA goods. The purpose of the SOCA initiative and the call for the inclusion of services in the CBI regime is therefore premised on the strategic development goals of the region, and the realities of the Caribbean economies.”

The SOCA launch was held during the Caribbean-Central American Action’s 37th Annual Conference on the Caribbean and Central America (www.c-caa.org) in Washington, DC co-organized with the Organization of American States and the United States Chamber of Commerce. “This collaboration between these business organizations in support of Caribbean economic development and growth is a clear sign of the importance of this initiative for the business sector of our region, which is already predominantly services-centered”, stated Becky Stockhausen, Executive Director of AmCham Jamaica and co-chair of SOCA.

Becky Stockhausen, Executive Director America Chamber of Commerce of Jamaica and Co-Chair of SOCA went on to relate her organisation’s involvement in lobbying efforts for the original CBI legislation and success in achieving the passage of legislation by the US Congress to support a crime reduction initiative led by the AmCham Jamaica to reduce crime. “I mention this story to emphasize that sometimes what may seem to be impossible can be accomplished, and that The American Chamber of Commerce of Jamaica is excited and inspired to work with our colleagues at TTCSI, AMCHAM Trinidad & Tobago, Manchester Trade, and others who will join our coalition to achieve another lofty goal—one through which we can assist our companies to grow and prosper, to attract new local and foreign investments,” she explained.

“With the region’s economies already over 70% concentrated in the services sector it is a necessity of trade and business policy to upgrade and expand the original CBI, which was centered on goods and make the CBI more relevant to the services reality of US-CARICOM trade”, said Stephen Lande, President of Manchester Trade Limited Inc., a business advisory firm in Washington, DC lending support to SOCA. Lande himself is no stranger to the CBI as he was the Assistant U.S. Trade Representative who in the early 1980s worked on the development and eventual approval and implementation of the CBI legislation in the US Congress. He has over 40 years experience working with CBI beneficiary governments and companies to expand trade and investment under the CBI between the US and the region.

“This initiative is long overdue and will help my company to expand into the US. Although I export to more than 20 countries, I would like to do more business in the US and I am confident that this initiative can help. I want to therefore endorse this and offer the ful support of the AACCLA”, added Nicholas Galt, Executive Chairman of the TSL Group (www.thetslgroup.com), and President of the Association of American Chambers of Commerce of Latin America.

Also expressing support for the initiative at the launch were Minister of Trade Industry and Investment of Trinidad and Tobago, Vasant Bharath, T&T’s Ambassador to the United States Dr Neil Parsan, President of the Caribbean Central American Action, Cornelius B. Prior, President of AmCham TT Hugh Howard and Director of the Americas of the United States Chamber of Commerce, Jose Raul Perales.

Already the SOCA has submitted formal comments on the subject to the USTR. Significant planning and discussion has been undertaken to come up with a white paper on the subject and a work-plan has been developed for the next 12 months. The SOCA Co-Chairs have met with key stakeholders in the US, including the Department of Commerce, the USTR, the US Coalition of Services Industries and Senatorial staffers, all of whom were quite positive about the initiative and are now looking for specific proposals.

This initiative will be run by the Secretariat of the TTCSI and executed by Manchester Trade under the Co-Chairmanship of TTCSI and AmCham Jamaica.

CARIFORUM and EU reaffirm commitment to trade and development partnership