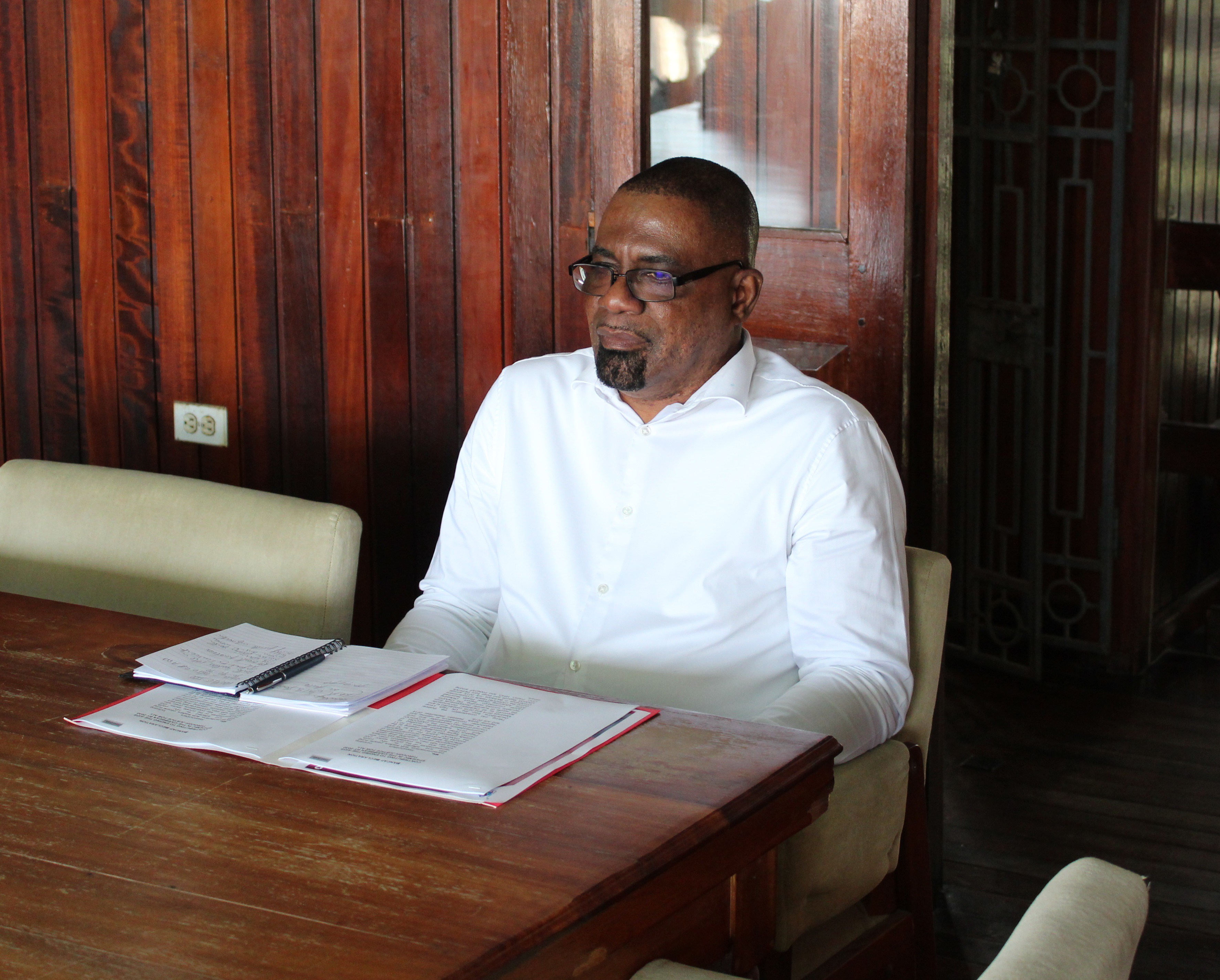 (PANCAP Coordinating Unit, CARICOM Secretariat): Director of PANCAP, Dereck Springer recently held discussions with the Inter Religious Organization of Guyana (IRO) on the role of faith leaders in ending AIDS. The Director is advocating for faith leaders to leverage their influence with the communities they serve, youth and vulnerable populations to propagate HIV prevention including testing and other issues related to the achievement of the 90-90-90 Targets and the 2030 goal of ending AIDS.

Present were the Secretary to the IRO, Jennifer Dewar, committee members Pastor Ronald McGarrell of the Family Federation for World Peace and Neil Bacchus of the Muslim Youth League.

The Director explained that PANCAP had been engaging faith leaders since its inception in 2001 in recognition of their reach and influence.

Contributing to the First 90
Referring to the First 90, the Director stated that unlike other sectors, faith leaders had tremendous influence with various ethnicities, religions and people of all cultural backgrounds. Hence, faith leaders could provide information to large audiences to make informed decisions about knowing their status. He highlighted that this message aligned with the World AIDS Day 2018 theme, “Know you status”, and advised that this would be an ideal opportunity for faith leaders to begin dialogue with their communities on the importance of being tested.

Faith Leaders also critical to the Second 90
“You also have a role to play in relation to the Second 90 in helping people with treatment adherence,” stated the Director. He illustrated that faith leaders could provide information on nutrition and the importance of remaining on treatment. He highlighted that faith leaders were integral to providing PLHIV with counselling and social support as part of the work they do in providing solace and hope.

He also informed the IRO of the seven Caribbean territories and states, that had achieved the dual targets for the elimination of mother-to-child transmission of HIV and Syphilis and emphasized that faith leaders had a role in encouraging HIV positive pregnant women to remain on treatment to avoid transmission to their babies.

Third 90: Faith leaders’ integral to public education on viral suppression
“Faith leaders are also critical to the achievement of the Third 90”, stated Mr. Springer, “you have a captive audience that includes PLHIV and through your messages you can influence them to remain on medication and become virally suppressed”. He explained that faith leaders are critical to providing community-level education on the benefits of PLHIV achieving viral suppression.

Faith leaders can fill the gap left by diminished public education on HIV
The Director further posited that faith leaders could empower their communities with health and family life education especially regarding young people and the issue of sex and sexuality. The PANCAP Director emphasized that in light of reduced public education on HIV prevention, treatment and care, it had become necessary for faith leaders to fill that gap by providing their communities with critical information and guidance on HIV. He urged the IRO to collaborate with PANCAP, particularly with regard to reducing stigma and discrimination, which he highlighted as barriers to vulnerable populations accessing HIV prevention and quality health care.

Outcomes and commitments
The IRO committed to discussing the proposed approaches with the wider body. Ms Dewar also proposed utilizing the influence of IRO members on other committees and boards to propagate the messages. She explained that members also served on such bodies as the National Commission for the Prevention and Control of Non-Communicable Diseases and could utilize these platforms for HIV education. The IRO also committed to exploring the idea of a liaison between the two entities who would work with PANCAP on HIV education initiatives.

Mr. Springer stated that he was encouraged by the enthusiastic response of the IRO and committed to providing resources to reinforce HIV education initiatives by faith leaders through the provision of public awareness materials. At the culmination of the meeting, he stated, “I am pleased that the IRO is willing to explore utilizing their influence for HIV prevention. Indeed, the role of faith leaders is not to be underestimated at this critical juncture of the region’s HIV response”. The initiative forms part of a series of regional engagements by PANCAP with faith leaders under the Justice for All (JFA) programme.