KingstOOn a springboard for the Caribbean’s animation industry 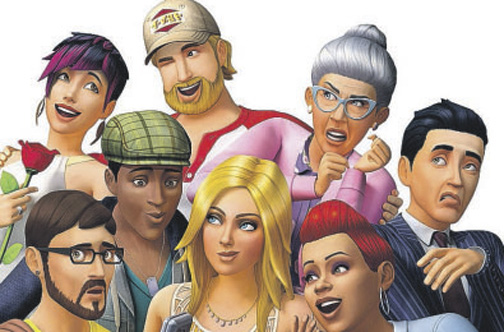 THE Caribbean Development Bank (CDB), World Bank and the Government of Jamaica (GOJ) all agree that KingstOOn 2016, scheduled for March 12-13 at the Edna Manley College, will have a region-wide impact on Caribbean economies. The three are partners in the staging of the two-day animation workshop and conference

“CDB’s support for KingstOOn is part of a wider Caribbean Animation Technology Capacity Building Programme, which seeks to promote the growth and development of the animation and mobile applications development sectors,” according to press release from the CDB. Carib-AniTech is a two-year programme which will leverage the development framework already in Jamaica to enhance outreach to include Barbados and the Eastern Caribbean.

While CDB supports the programme the World Bank has overall responsibility for the execution of Carib-AniTech, CDB said.

“Support for KingstOOn also complements previous work by the CDB to promote growth and development of the animation sector, including the recent staging of the first Animated Ideas Bootcamp, held during the Animae Caribe Festival in Trinidad in October last year,” the release said.

One of the selling points of KingstOOn is that it “will bring together young animators, both experienced and emerging, talented artists and others from across Jamaica and the wider Caribbean”.

One of the keynote speakers at the conference will be Caiphus Moore, a video game animator who has worked with Electronic Arts (also known as EA Games) on the ever-popular The Sims series, and who also has Caribbean roots — Trinidadian, according to http://www.caiphus.com ; .

Speaking on behalf of the GOJ at the launch of KingstOOn 2016, Minister of Science, Technology, Energy and Mining Phillip Paulwell said, “The animation industry holds a plethora of opportunities not just for our country, but also for the Caribbean… It is my dream to see Jamaica becoming the technology and animation hub of the Caribbean.”

He explained further that as demand grows for video games, special effects and 3-D filming, so will the market needs for animators in countries like US , Canada, Japan, China, Germany and others.

“By and large [they] outsource much of the work and this creates opportunities for countries like Jamaica which are ripe with a creative, talented and tech-savvy youth population,” Paulwell said.

“There is a demand for approximately 30,000 animators in the outsourcing market, and there is a view that the Caribbean can fill approximately 5,000 of these positions,” he added.