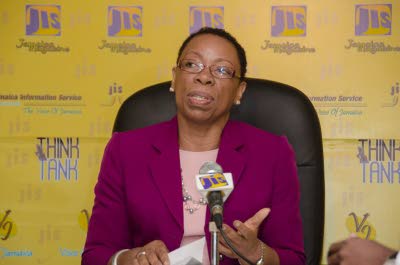 Featured
COY... Jamaica is the country in the Caribbean that produces the most statistics and on the most frequent basis (Photo credit: .jamaicaobserver )

JAMAICA is leading the region in terms of the administration of surveys and statistics.

“Jamaica is the country in the Caribbean that produces the most statistics and on the most frequent basis,” says Director General at the Statistical Institute of Jamaica (STATIN), Carol Coy. She said a number of countries in the region do not produce the types of surveys that Jamaica conducts, such as a labour force survey.

“Others may do so once per year, but we produce it on a quarterly basis,” she noted.

Coy added that STATIN will be expanding its surveys to produce the gross domestic product survey on a quarterly basis, in addition to the administration of the producer index survey.

“I know that in the region, we are the only one that does a survey on living conditions every year. We have surveys such as tourism satellite account and we are the only ones who produce this on a regular basis,” she pointed out.

She said that STATIN provides technical assistance to other countries in the region by hosting their statistical representatives at the institute for two to three weeks to benchmark what they do and how they operate.

From June 29 to July 1, STATIN will be hosting a meeting of the Advisory Group on Statistics, which will involve the participation of heads of agencies from other statistics offices in the region.

The meeting is to discuss and highlight best practices, concerns and issues within the sector and will include representatives from Suriname, Barbados, Trinidad & Tobago, Belize, St Lucia, St Vincent & the Grenadines, Grenada and Bermuda.

STATIN was established in 1946 as the Central Bureau of Statistics with the passage of the Statistics Act.

With further amendments to the Act in 1955 and 1984, the entity was renamed the Department of Statistics and Statistical Institute of Jamaica, respectively.

The functions of the institute include collecting, compiling, analysing and publishing statistical information relating to the commercial, industrial, social, economic and general activities and condition of the people.