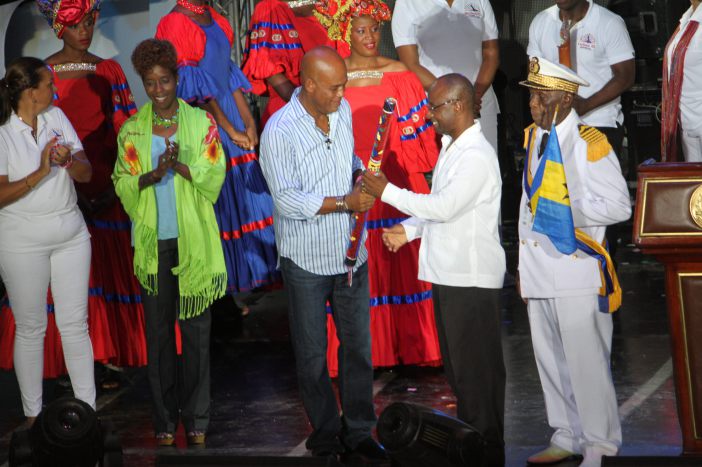 In preparation for this country’s hosting of the 13th edition of the Caribbean Festival of Arts (CARIFESTA) from August 17 to 27, 2017, the Government of Barbados is inviting submissions of jingles, as well as designs for the CARIFESTA XIII logo.

Both the winning jingle and logo will be awarded a cash prize of Bds $10,000.

Jingles submitted should be 60 seconds in length; should contain voice, lyrics and musical accompaniment; and should speak to unity and the common heritage of the region.

A hook line can be included but is not absolutely necessary. However, jingle entries should include the words: CARIFESTA 13- Barbados. Jingles should be submitted via email as an audio track in Mp3 format to ronald-davis@ncf.bb, and copied to andrea-wells@ncf.bb, by 4:00 p.m. on Thursday, June 30, 2016.

For the logo, submissions should visually speak to the common heritage of the region and the role of this major festival as a unifying force. The logo design should be submitted both in colour and black and white, and should include the text: CARIFESTA XIII – Barbados.

Application forms for both competitions may be obtained from the National Cultural Foundation, West Terrace, St. James, or downloaded from its website at www.ncf.bb.

IDB, CDB, CARICOM and the US Department of Energy Sign MOU to support renewable energy and energy efficiency in the Caribbean