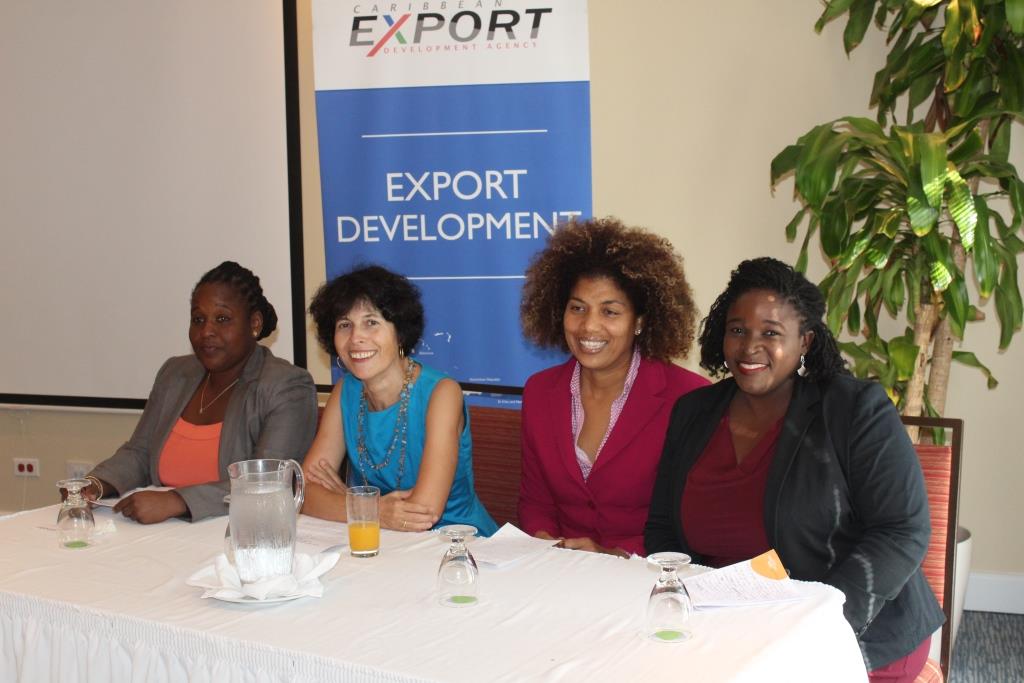 The Caribbean Export Development Agency (Caribbean Export) facilitated the planning session for the 2015 work programme and annual general meeting of the Caribbean Network of Service Coalitions last week at the Marriot Hotel, Barbados.

The meeting which gathered representatives from the fifteen (15) CARIFORUM States spent 4 days developing the work programme for Year 2 of the 10th European Development Fund (EDF) Services Fiche; a programme with a total value of €3.2million. Participants focussed on developing actions both at the National level as well as the Regional level. At the end of the exercise a draft work programme was developed which is anticipated to be finalized within two (2) weeks after further consultations at the respective National level.

The services sector incorporates industries such as financial services, creative industries, health and wellness, professional services, Information Communication and Technology (ICT), education and also tourism.  Chargé D’Affairs of the European Commission to Barbados and the Eastern Caribbean, Mrs. Silvia Koffler noted at the closing ceremony that “the services sector in most CARIFORUM countries is a significant contributor to GDP, accounting for more than 50% of GDP in most cases”. She further indicated that the Commission is always pleased to work with Caribbean Export in the development and strengthening of the Services Sector in the region so that mutual benefits under the Economic Partnership Agreement (EPA) can be realized.

Caribbean Export is reported to have awarded over €1.6million in grant funding to firms operating within the region’s services sector during the implementation of the 10th EDF Regional Private Sector Development Programme (RPSDP) accounting for 28% of all grant contracts.  The significance of the contributions made by services sector to the region’s economies is apparent and Caribbean Export Agency with the support of the European Union is committed to developing the sector further. “The EPA provides a platform for CARIFORUM firms to expand into the EU market….this increased access under the EPA will facilitate successful transition in the EU market.” stressed Koffler.

Services Specialist at Caribbean Export Allyson Francis underscored that “it is only through effective implementation that we can really provide the support for our private sector to take advantage of the opportunities available under the EPA.”  She also urged her regional colleagues to return to their respective institutions to pursue what was agreed following the discussions during the meetings.

At its AGM, the CNSC elected a new president – Julianne Jarvis of the Antigua and Barbuda Coalition of Services. She will provide leadership of the Network over the coming year. Caribbean Export wishes to congratulate Ms. Jarvis and looks forward to working closely with the new Executive Team over the coming months.