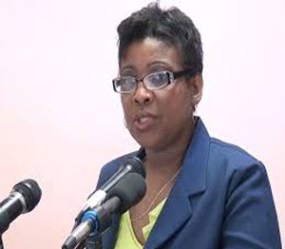 Regional statisticians have listed an initial 113 core Indicators of the Sustainable Development Goals (SDGs) for the Caribbean Community (CARICOM).

The statisticians identified the core Indicators during a three-day meeting held in Dominica late last month at which a CARICOM Technical Working Group (TWG) on SDGs was established.

The criteria for the CARICOM recommended core Indicators include linkages to the CARICOM Five-Year Strategic Plan, as well as national development plans and priorities of Member States. In addition, the Indicators must be able to aid in monitoring the diverse population groups in CARICOM on the key challenge of the SDGs to leave no one behind. The Indicators also should reflect the unique vulnerabilities of CARICOM Member States as Small Island Developing States (SIDS ), and have the scope for national, regional and international comparability.

A second set of 35 Indicators was also identified.

More than 200 SDG Indicators were proposed at the global level, as well as on the framework of the SIDS Accelerated Modalities of Action (SAMOA) Pathway.

Meanwhile, the TWG which was established, comprises ten CARICOM Member States and an Associate Member. Its objectives include:

The TWG will also consider the key issue of gender through support provided at the meeting by Ms. Isiuwa Iyahen, Programme Specialist for Economic Empowerment and Statistics, UN Women Multi-country Office – Caribbean.