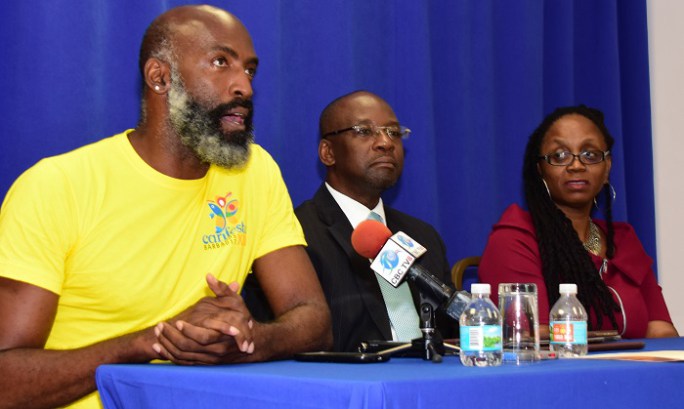 CARIFESTA XIII promises to be to be a diverse festival with a lasting legacy.

During a media update in his Sky Mall office on Monday, Minister with responsibility for Culture, Stephen Lashley highlighted several plans for the Festival. One notable feature referred to by the Minister was the Grand Market and Buyer’s Mall.

Not only would it allow both locals and visitors to purchase art, craft and other products from around the region, but it also presents the opportunity for buyers from around the world to see what products the Caribbean has on offer for world markets. To date, fifteen buyers from as far as Europe have confirmed their attendance for the Grand Market and Buyer’s Mall.

Moreover, the volunteer recruitment programme for CARIFESTA XIII has proven to be a successful one. According to Mr. Lashley the CARIFESTA Secretariat has had a “very encouraging response” from young people interested in assisting during the festival.

While he noted that the Secretariat was quickly approaching its 400 persons cap, the Culture Minister stated that the CARIFESTA XIII volunteer programme presented persons with a “huge opportunity” to gain work experience.

Noting that the preparations for the Festival were in high gear for the August 17 start date the Minister eluded to the renovations to several building as “part of the legacy of CARIFESTA”. Among the buildings to be renovated are: Combermere School, Foundation School, Alexandra School and the Queens Park Steel Shed. (Barbados Government Information Service Press Release)