.
Home » About CARICOM » Who we are » Community Institutions » Caribbean Development Bank (CDB)

The Caribbean Development Bank (CDB), is a regional financial institution which was established by an Agreement signed on October 18, 1969, in Kingston, Jamaica, and entered into force on January 26, 1970. The Bank came into existence for the purpose of contributing to the harmonious economic growth and development of the member countries in the Caribbean and promoting economic cooperation and integration among them, having special and urgent regard to the needs of the less developed members of the region (Article 1 of the Agreement establishing CDB).

A recommendation was made after a Canada/Commonwealth Caribbean Conference in 1966 that a study be conducted to investigate the possibility of establishing a financial institution to serve the Commonwealth Caribbean countries and territories. The report, submitted by a team of experts in July 1967, recommended the establishment of a Caribbean development bank with an initial capital of $50 million.

This report was considered and accepted at a meeting of officials in Georgetown, Guyana in August of the same year and a committee formed to prepare the draft agreement and finalise the details for the bank’ establishment. This draft agreement was submitted in 1968 and adopted after meetings held at the ministerial level.

A preparatory committee for the bank’s establishment was set up and a project director appointed. Assistance was received from the International Bank for Reconstruction and Development (World Bank), the Inter-American Development Bank (IDB) and the United Nations Development Programme (UNDP).

The permanent headquarters of the bank is located at Wildey, St. Michael, Barbados. There are no other offices of the bank. The headquarters serves all of the regional borrowing member countries with staff recruited from its members.

Crime and violence initiatives continue in CARIFORUM:  Guyana consultation to agree on Crime and Violence and Mitigation Training

Regional Teaching Standards to be Reviewed

Keeping ‘Investing in Human Capital at the forefront of Sustainable Development

The CCRIF Regional Internship Programme: Announcement of Scholarships for Undergraduate and Post-Graduate Studies 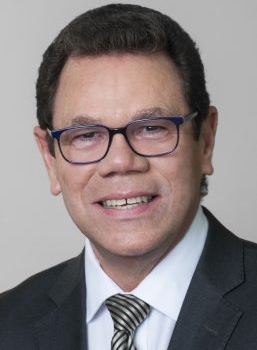